An illumination of contemporary art in digital media

Since 2003, the Digital Art Guild members have exhibited their art nationally and internationally. The Guild's new group exhibit will be at San Diego City College’s two art galleries in March and April 2016:

In addition to the paintings, photography, sculptures, fractal and mixed media art, the exhibit will also include free and fun workshops.

The exhibit was curated by Ron Tatro, Pasha Turley and Jim Respess and made possible by the collaboration with the Visual Arts, Photography and Cosmetology Departments at San Diego City College.

Additional art will include 3D jewelry, sculpture (in tandem with digital imagery) and other related art by Tammy Kim and Ean Escoto. 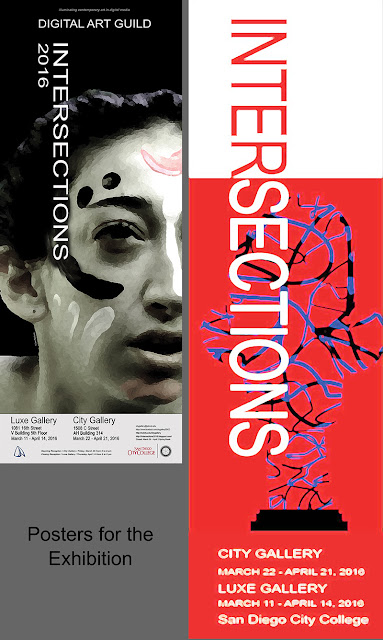